It was time to change over the left bed. Nothing had been done to this for a year since it has been built and I wanted to give it a good feed and top up. I have decided that I am going to try the no dig method going forward so there was no need to turn the soil over. 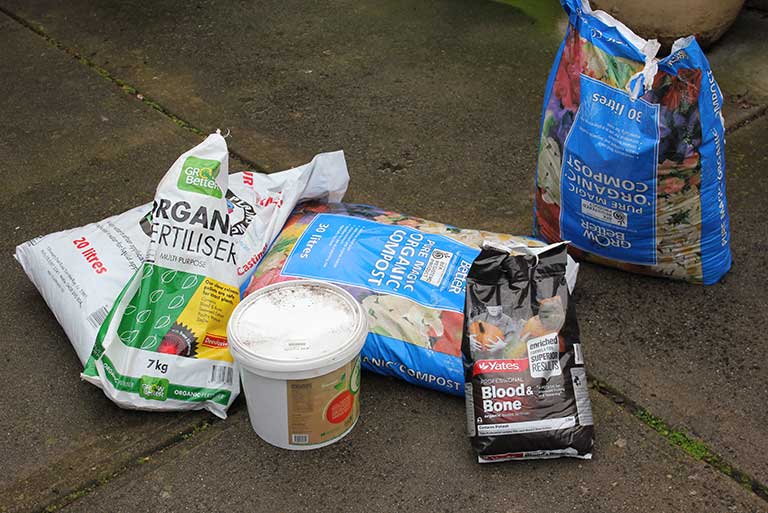 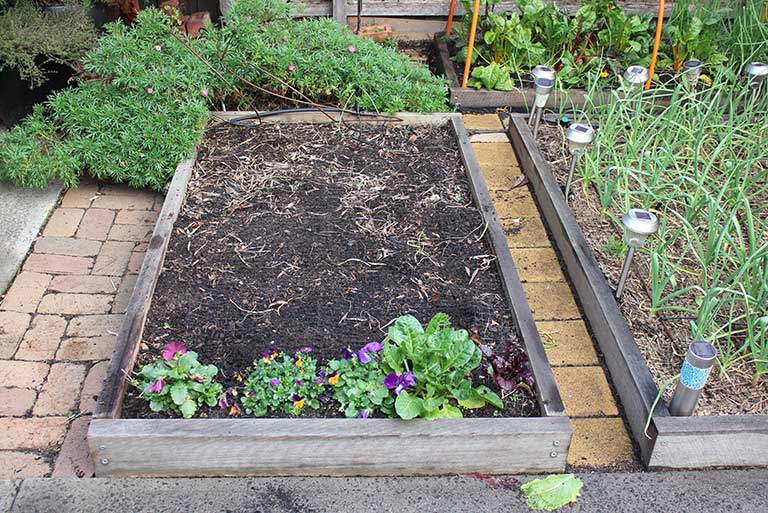 I started by removing all the onions, some self-sown lobelia and one of the chard plants till I was left with the black netting. We need to put this down as we have so many greedy black birds. Before we used it everything was flicked out daily. 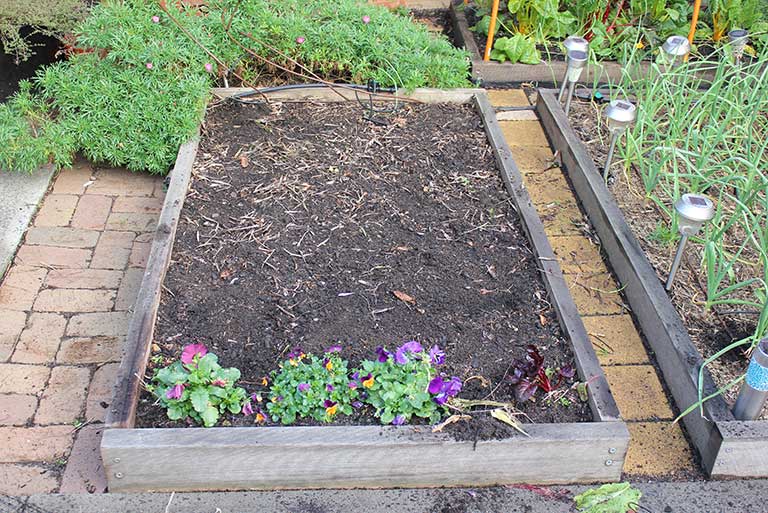 The netting was removed 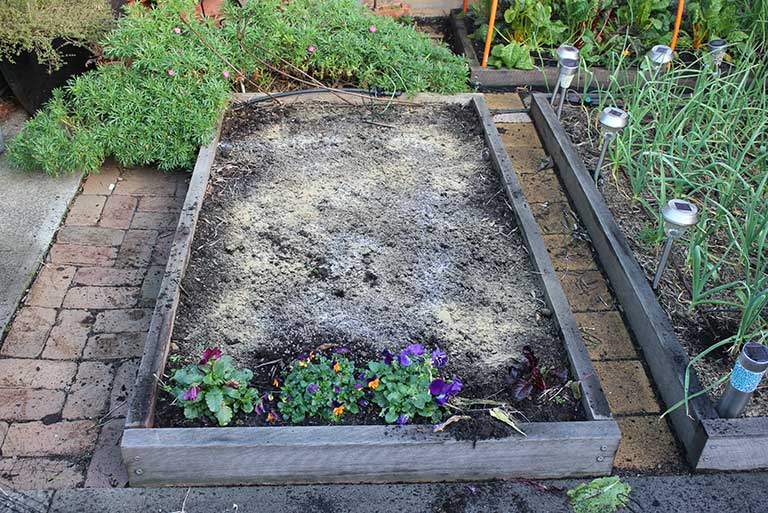 I added blood and bone, rock dust, potash. some organic chicken pallets and a quarter of a bag of Soil Activator  which is rich in organic Carbon, Humic Acid and Fulvic Acid. 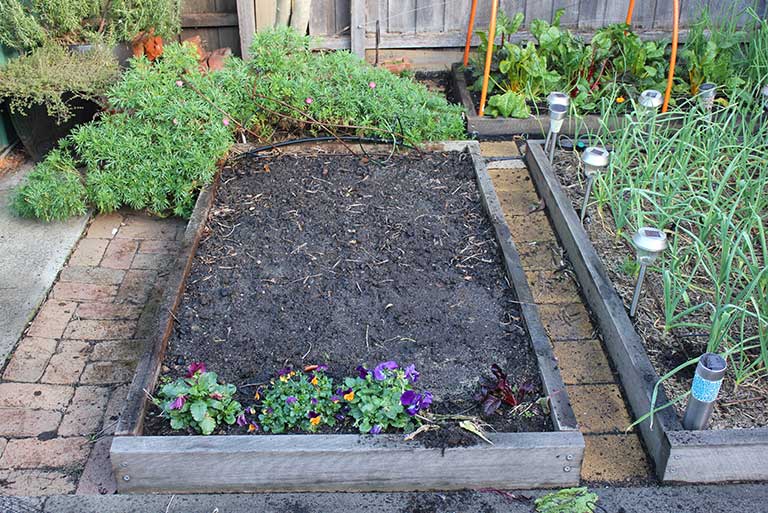 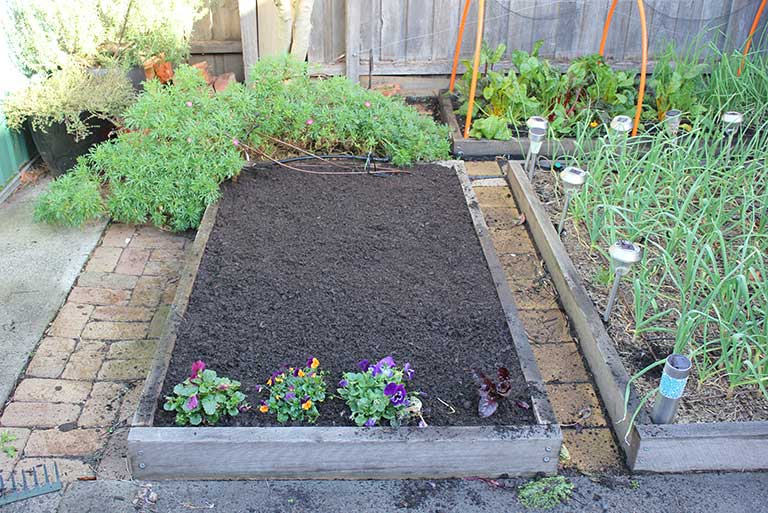 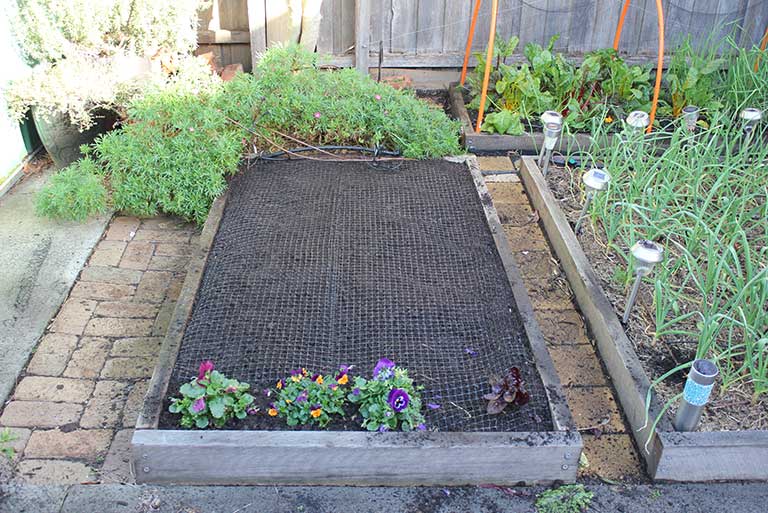 Last up I re planted the lobelia and onions. It is now ready for the spring. 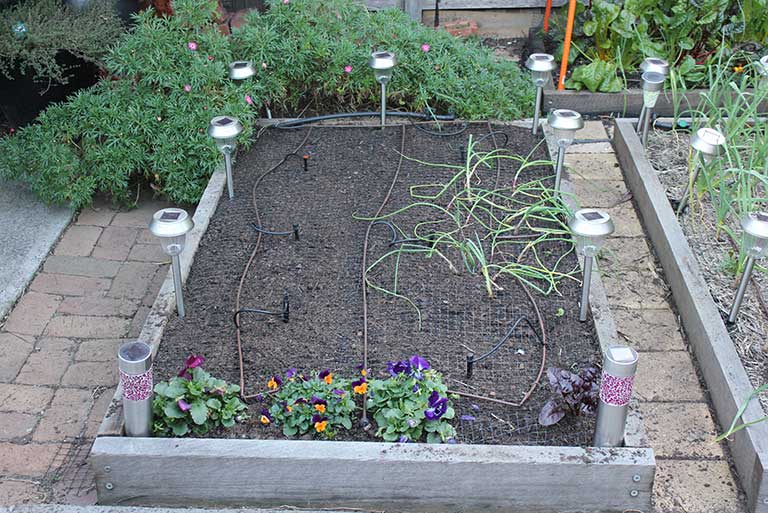 After an inspection from Anna our cat, it got the seal of approval and she had a nap 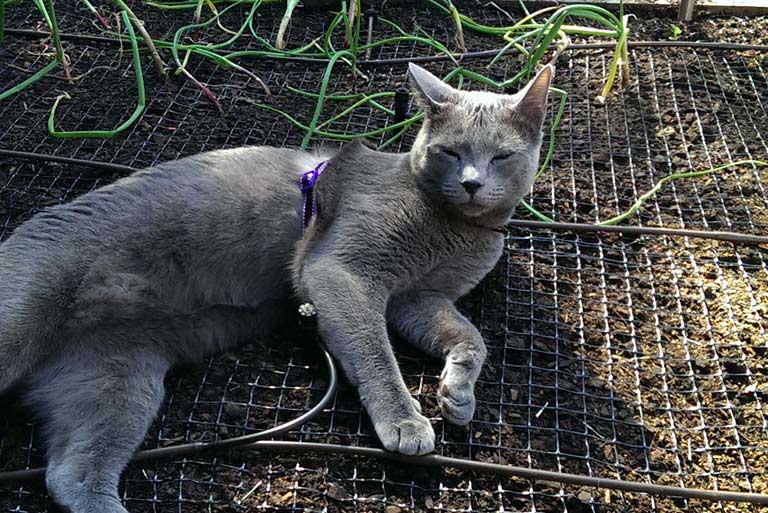