On the 9th of August it was time to start off a couple of Zucchini plants they type is Nitro F1 from Lambley nursery. I am not bothering with seed starting trays as zucchinis are big seedlings and will need repotting on quickly this way it is one pot all the way. I only need one plant for now but it is always best to plant two. 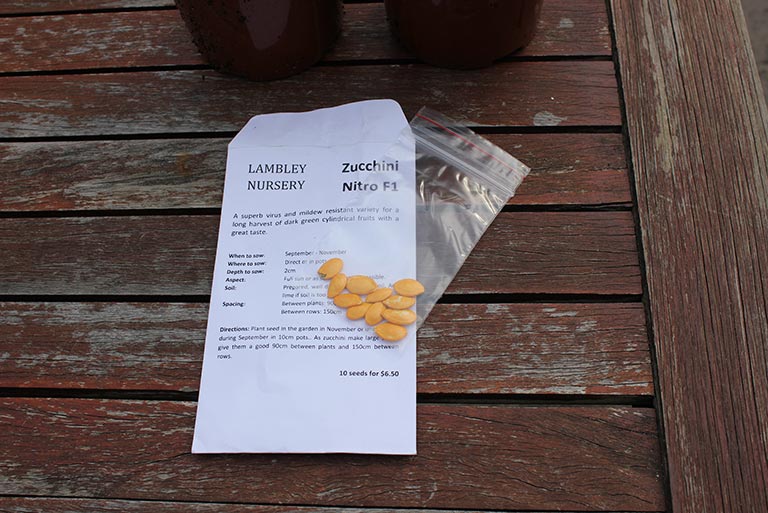 On opening the packet I found that the seed was coated yellow, I also noticed that one of the seeds had a chip out of it but on counting there were 11 instead of 10 I am impressed with the nursery that I have bought the seeds from some places would have counted the chipped one. 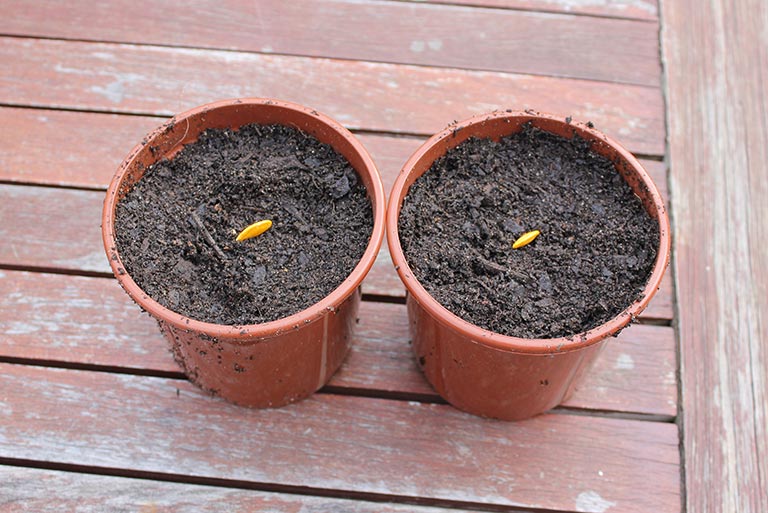 I planted the seed in normal potting soil and made sure to plant them on the side. I have read that this makes germination better we shall see. 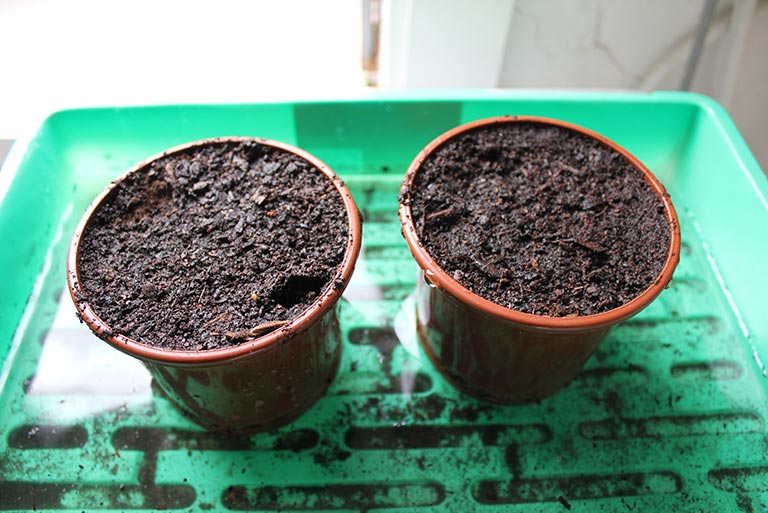 I placed them out in our mini greenhouse and on the On the 20th of august the first one appeared. It is the 26th now and the second one looks like it will be just about to make an appearance.