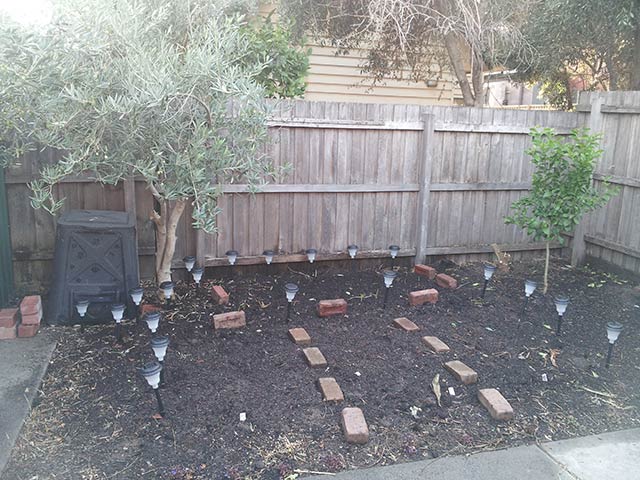 Two weeks on and the garlic started to show itself it was an exciting day, this is the first time that we had ever grown garlic anywhere and  to see the little green tips come up through the soil was wonderful. The clearing and digging had already been worth it. 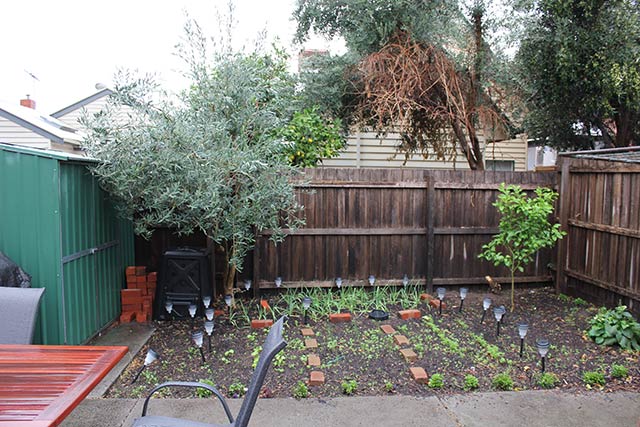 Two months since the garlic and seeds went in and all was going well. The garlic was getting bigger and the parsnips on the left had sprouted. We sowed the seeds directly into the soil, the packet said that we should germinate and plant out but our eagerness so far has paid off. The leeks are being beaten by the weeds but the carrots have come up well, nice and thick and a great sight when we open the back door on a cold late autumn day.

To the garden we also added a worm tower it seems better than a worm farm as we don’t have much spare space and the worm tower disappears into the ground. 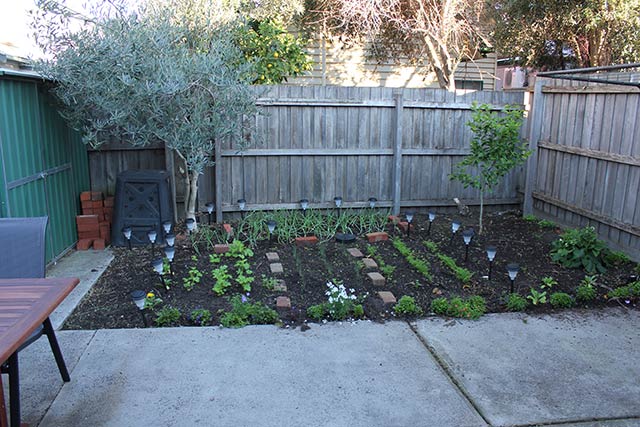 After two and a half months things are looking great. I thought the parsnip, leeks and carrots would have been growing a little faster but this is the first time we have grown them so my expectations are probably to great